Senator Kyle Loveless posted on Facebook, “My opinion piece in the Oklahoman about Educational freedom” attached was this article. If you’re reading this, chances are you know how I feel about Education Savings Accounts (ESAs) or vouchers.

But what really irks me about this particular post is that in his article, he compares his envisioned education market with the competitive market of the car service industry: “When my car breaks down, I don’t do business with the closest mechanic to my home. I find the mechanic who can provide the best service and repair for my money.” He goes on to say that he is “proposing legislation that allows qualified families to move their child from a public school and take up to 75 percent of the student’s funding with them.”

What I’d like to know (And I commented this on his Facebook post) is this:
Imagine that the closest mechanic to your home (We’ll call him/her Mechanic A) is fully funded and operated on tax dollars alone. Because it is funded by tax dollars, it is free to any and all who choose to use it. Those who reap its benefits pay nothing for its services.

And, of course, because it is funded by the state, there are strict accountability measures in place to determine whether or not it is operating up to par. (Mechanic A did get a C rating on its annual report card because its customers don’t pick their vehicles up in an adequate amount of time)

Now imagine the second mechanic (Mechanic B) is not associated with the government. It is a private entity. He/She charges $200 to fix your problem. With your government-issued 75% off coupon, that would be a $50 payment. (Notice that mechanic B is now making a profit AND receiving government money) Does someone living paycheck to paycheck have the extra money to spend $50 to Mechanic B?

Also note, that the customer has no idea, when comparing mechanics, if Mechanic B is worth it as B isn’t being held accountable by the same measurements that Mechanic A is.

So that begs the questions- Does the quality of the product of Mechanic A improve or suffer as a result of losing a portion of its funding to the mechanic who is able to profit off of its customers while Mechanic A is not? (Many would suggest that, in theory, Mechanic A’s output ought to improve because it’s now having to compete for customers.) However, it is now having to provide the same service to its customers without making any profit!

It’s output is supposed to stay the same, as its input decreases. Mechanic B appears to be successful because it is able to have shiny new tools and they have that complimentary coffee in the waiting room, and after all, Mechanic A does have a “C” rating. Must be nice to be able to afford that coffee with my tax dollars and not be held accountable for the type of service you put out (Would you believe that I saw someone left their car at the shop for three days after they got it serviced?? That is clearly poor service on the part of Mechanic B!) Mechanic A is clearly unable to offer (being a non-profit) what the other can offer with its combination of tax dollars and private dollars. Not a fair competition.

Recap: Mechanic A suffers a loss of its funding to Mechanic B who is halfway across town, (and therefore, not invested in its neighborhood/community) more expensive, not accountable for its work, and quite frankly, there to make a profit and not a difference.

Senator Loveless: This is your mechanic analogy- not mine. And it’s not a great one- you failed to realize that in real life- outside of the analogy- neither mechanic is funded by taxpayers entirely (as one of the mechanics in my story is- both make profits in your analogy) and that students are simply not customers, nor are they political pawns to progress a political agenda that benefits the wealthy and fails to work for the best interests of the average Oklahoman.

Are you prepared to hold all schools to the same level of accountability across-the-board?

If you can exert so much energy into getting taxpayer dollars to private schools, why can’t you get them into my classroom? 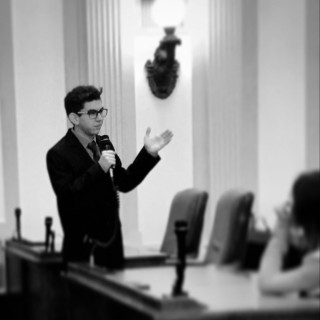